Kathmandu, May 31: Nepal Forum of Environmental Journalists (NEFEJ) has welcomed the government decision to ban production, import, sale and distribution and the use of plastic bags thinner than 40 microns.

The government announced the decision to this effect in its budget announcement for the fiscal year 2078/79 on May 29. The decision will come into effect from the coming fiscal year.

NEFEJ also welcomed various measures announced by the government to promote the use of electric vehicles. NEFEJ welcomes the decision to a form a working group to formulate necessary planning to replace all fossil fuel vehicles with electric vehicles by the Nepali year 2088.

The implementation part of this decision is challenging, NEFEJ said but asked the government to consult the concerned experts to implement this effectively. It also praised the government decision to scrap excise duty and reduce customs tax on electric vehicles and provide incentives to turn the fossil fuel vehicles to electric ones. 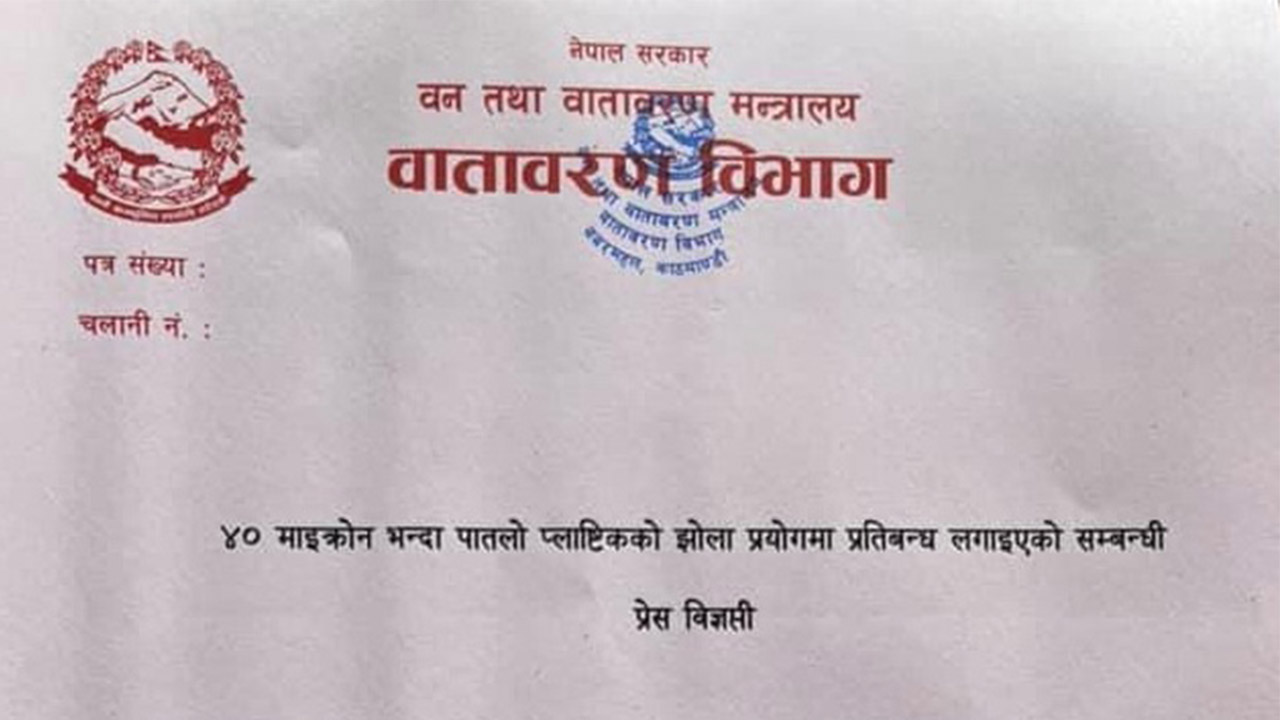 NEFEJ opposes lifting of ban on export of construction material