The Nepal Forum of Environmental Journalists (NEFEJ) was established on 1 June 1986. It was later registered as the Nepal Forum of Environmental Communicators (NEFC), a private company, because the laws of the day did not allow individuals to organize freely and, therefore, it was not possible to seek registration as a journalists’ organization. However, since it needed a proper bank account to operate, it decided to register as NEFC at the Department of Industry. It was formally registered as NEFEJ on 23 August 1990 (after Nepal became a democracy in April 1990).

In 2011 NEFEJ’s general membership comprised of journalists representing the entire media industry – print and broadcasting – and included reporters and editors of newspapers, camera and sound technicians and video editors, and radio and television reporters and producers. The associate membership included academics, scientists and experts in different areas of the natural sciences, subject specialists and those with interests related to conservation in one way or another. The membership of NEFEJ in May 2011 was 118. It is the strength of this membership that has enabled NEFEJ to complete 28 years of successful activism for environment and development. It is also the strength that encourages it continue its work for many more decades.

NEFEJ’s overall goals have been raising public awareness on sustainable development, and lobbing and advocacy for environment-friendly public policies. The priorities have changed with the needs of the changing times but the overall goals continue to guide its functions. Initially, the focus was on awareness building because those were the days when “development was good” everything else did not matter. Next came the period when NEFEJ combined its awareness building activities with lobbying and advocacy for sound public policies through public debates, hearings and the use of different media platforms. The early initiatives for advocacy through the mass media have been institutionalized and NEFEJ continues to play a leading role as an advocate for sustainable, environment-friendly development. Since the early 2000s NEFEJ has been working to spread awareness on the need for actions that can help slow down the pace of climate change.

NEFEJ’s past activities have included producing content for the print media, building environmental awareness through specialized publications and supporting new NGOs to initiate local level conservation efforts. NEFEJ’s priorities have now shifted to content production for radio and television, while it also continues to organize debates and interactions on public policy. The forum runs Radio Sagaarmatha, Nepal’s first independent FM radio, supports community radios in their establishment and programming and also produces a weekly magazine for broadcast on different television channels, in addition to producing documentaries for international audiences. NEFEJ now plans to focus all of these activities to tackle the major threat facing humankind: Climate change. 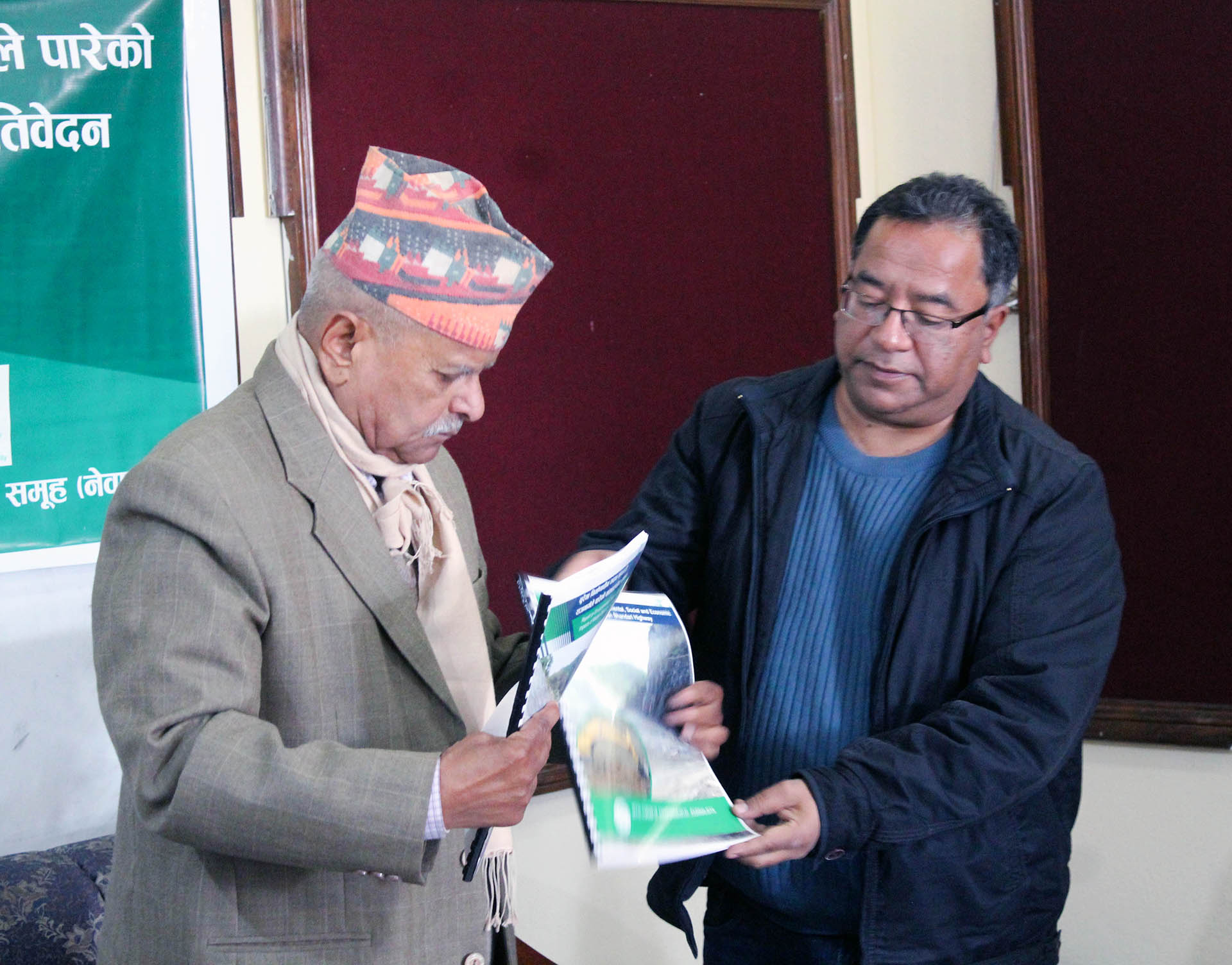